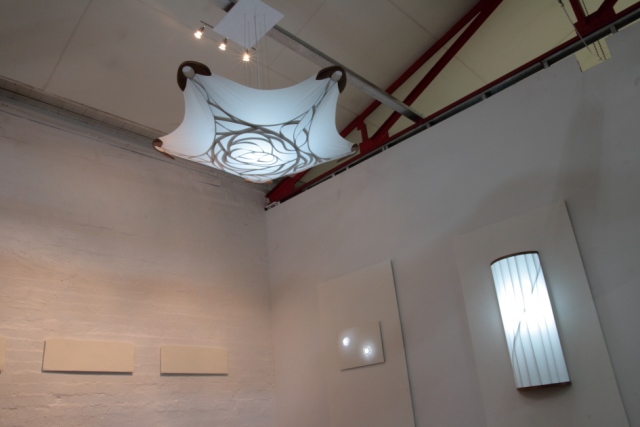 Sean’s second solo show is up and has been well received, with many visitors finding the work to be very unique and intriguing. The collection of new works will be on show till Sunday the 10th of November at the Pod pop-up space at Lonsdale Street Traders in Canberra .

The exhibition is open Friday 11am till 2:30pm and from 3:30pm till 7pm, Saturday 10am till 4pm and Sunday 11am-3pm, with other times available by arrangement.

Pod is a Craft ACT: Craft and Design Centre initiative, and is located at 27 Lonsdale St Braddon.

Sean is preparing for his second solo show where he will be presenting a collection of new works at the Pod pop-up space at Lonsdale Street Traders in Canberra from the 25th October till 10th of November. The exhibition consists of all new lights and works on paper. The exhibition will be open Friday 11am till 8pm, Saturday 10am till 4pm and Sunday 11am-3pm, with other times available by arrangement.

The exhibition opening will be held on 24th October from 6-8pm, please join him to celebrate the occasion.

Pod is a Craft ACT: Craft and Design Centre initiative, and is located at 27 Lonsdale St Braddon.

Trifol design was established by Sean Booth as result of the Canberra Centenary memorabilia design competition. The brooch and neckpiece designed to commemorate the centenary of Canberra were the first products to be manufactured by the new label.
Sean envisions expanding the range to incorporate other materials and designs in the near future. Also expanding the wearables too included earrings and cufflinks. Drawing from Sean’s time at Fink and Co. design and his respect for the company’s approach, he intends to invite other makers and designers to add their particular flare to the Trifol Design product range.
A new collection of designs will be launching in 2014 with a new website dedicated to the label, so watch this space for updates on the unfolding of this new venture.

Follow this link to the Craft ACT website for further information on the memorabilia range and current stockists of Trifol Design products.
LINK

Centenary of Canberra – a legacy of good design was a competition open to all Canberra and local region residents to design and produce a limited range of quality objects that will be sold locally and nationally as memorabilia for the city’s centenary in 2013. Sean has been announced as one of the five recipients.

Visit the Centre’s website to read more about the winners and the competition, as well as details about upcoming exhibition of the designs submitted for the competition.
www.craftact.org.au/projects/centenary

Sean would like to thank the Capital Arts Patrons Organisation (CAPO) for awarding him the Rosalie Gascoigne Memorial Award for 2011, the award is sponsored by the Community CPS Credit Union. The award will be used to generate new custom tooling and acquire equipment to allow Sean to pursue development of a new body of lights for exhibition in 2013.